It's been talked about in chat for a while, so let's do something about it!

I am volunteering to organise a European get-together for A&M if there is sufficient interest.

For the first phase of this adventure, we must first decide what we want to do and where we want to go. Thus I ask you readers to fill out this survey:

Note: Non-europeans may attend too if they wish. Beware flight costs though!

After a few weeks I will post a summary of the results of the survey here and expand on our options a bit more once we know what's reasonably achievable. 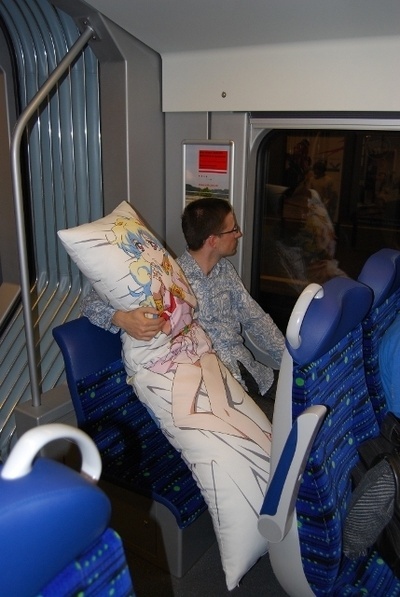 Feel free to bring your 2D significant others.

This meetup is not affiliated with Stack Exchange as a company, etc, etc.

It's been a week since the survey was put up and there have been a total 7 responses.

Where people hail from (Alphabetically): 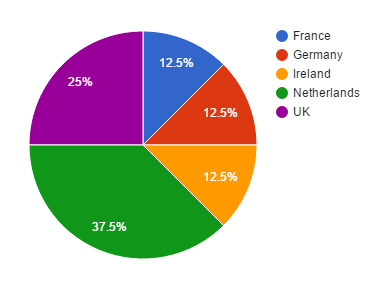 All Western Europe, so air/boat/train fares won't be too bad, hooray! This seems to satisfy most people's travelling arrangements too: 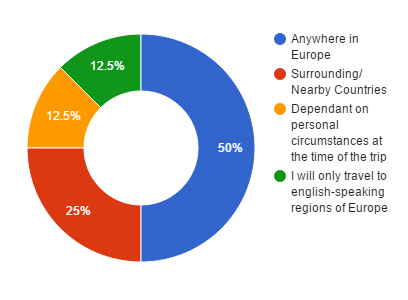 It makes sense for at least one person not to travel, so what do our mother countries have to offer?

Eirtakon is the largest convention in Ireland, with >3000 attendees. There are some smaller cons too, but it's the main one of the year. There's not many otaku things in Ireland, but there are lots of pubs and tours if people want something different.

A lovely convention (Name not given)

MCM Comic con which isn't just anime, so there should be something for everyone (although I think seeing as we are an Anime site that should be ok :P) & includes a fun party at the end.

Lots of other things to do in london, that are not anime related - if people want to do other stuff.

TomoFair - 3rd October (Japanese Culture Event) [Unfortunately, I think this is probably too soon for people to be organised around]

cosplay meet-ups in parks - we could easily gather at one of those.

"Kidnapping Toshinou Kyouko and putting them in a Tomato Onesie" >:(

In terms of organization & events, it seems maybe having a flexible itinerary would be best, where we could override it if the group wanted to. Or meet and have a backup itinerary. 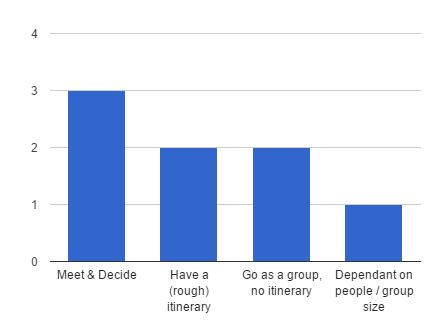 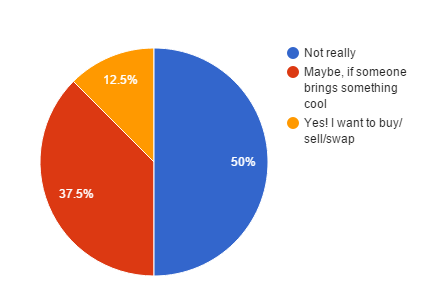 Most people are uncertain about cosplaying - but no one selected the option where they didn't want cosplay at all: 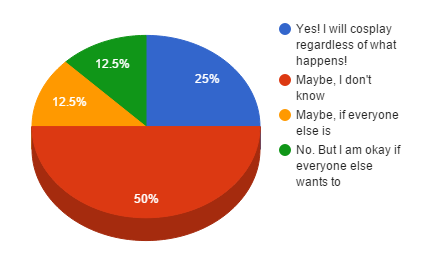 I think from this, the best options are either the UK or Netherlands. In the coming days I will put up another survey after researching what particular events we could go to & such.

Please feel free to comment on these results and/or suggest additional info for the next stage.

Not the answer you're looking for? Browse other questions tagged discussion community-events .